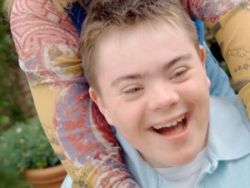 To most people, screening for medical conditions is simple – a bit like taking a car for an MOT. You catch things in time, and fix them before they go seriously wrong. Often it is like that, but sometimes it is not so simple; and there are even times when screening can be bad medicine.

The classic example of screening being shall we say less than helpful occurs when an error known as lead-time bias creeps in. Let us say we have a new screening test for pancreatic cancer (a notoriously late presenting cancer). A study shows that patients who have the test and are found to have the cancer live on average for twice as those who do not have the test and then develop the disease. Clearly this screening test is worthwhile – it doubles survival!

Well, no, actually. All that is happening is that the cancer is being diagnosed earlier. Because pancreatic cancer is still so difficult to treat, even when picked up a bit earlier, the patient still dies on the same day that they were always going to die on. Because the diagnosis has been made earlier, it appears that survival is increased, but it is not. All that has happened is that the patient has been given a longer period of knowing that they have a disease that will kill them. Some may welcome that; many others will not.

Today’s screening news has been about Down’s Syndrome, and how the increasing numbers of affected pregnancies caused by higher maternal age have not led to a rise in the number of Down’s births because we now have a bigger better screening programme that enables more affected pregnancies to be detected antenatally, and so terminated.

The raw figures, reported on the BMJ website here, appear straightforward enough. In the last twenty years, the total number of affected pregnancies has risen by 71% (from 1075 in 1989/90 to 1843 in 2007/8), while the estimated (a small correction was made for mothers lost to follow up) number of live births remained almost the same (752 in 1989/90 and 743 in 2007/8). The underlying reason for the live birth rate remaining stable despite the higher incidence was a far higher rate of antenatal diagnosis (up 338% from 329 to 1112), which in turn allowed more women to choose abortion, such that the rise in overall incidence was met by the rise in abortions.

Now – as is so often the case – it is not the figures presented, but the figures that are hidden inside the visible ones that are as, if not more, interesting than those that are seen at first glance.

The first – and many in the press have rightly picked up this – is that the steep rise in antenatal diagnosis has, because the same proportion of mothers (nine out of ten) with an antenatal diagnosis have chosen to abort, been matched a similar greater than three fold rise in the number of Down’s abortions being carried out (up from 307 in 1989/90 to 1032 in 2007/8). Some may regret that rise, but a rise was pretty much inevitable as antenatal diagnosis became more common.

What is much more remarkable is that the proportion of women who have chosen to abort has remained constant, at nine out of ten. There seems, at least Dr No, two very good reasons why this proportion should not have stayed the same; instead, it should have declined. The first is that, as maternal age increases, the chance to have another go after abortion is reduced; and so the pregnancy is more precious – and, one would suppose, be less likely to be aborted.

The second is that over the last twenty years there has been some progress towards integrating people with Down’s Syndrome into society; services have been improved, and stigma reduced – although there is still a long way to go. Nonetheless the prospects for a Down’s child born today and their family are better than they were twenty years ago – and yet the nine out of ten abortion rate remains.

Dr No smells bad medicine at work here. Could it be, he wonders, that mothers are being coerced into undergoing antenatal screening for Down’s when they haven’t been given all the facts, and as a result are not making informed choices?

Sadly, there is evidence that this is the case. On the Today programme, we heard Carol Boys, of the Down’s Syndrome Association, talk of women being women “catapulted into the turmoil” of Down’s screening – a remark which, it may be noted, had the much needed effect of putting the twang back into Mr Humphry’s catapult.

Mr Humphry’s then turned his revitalised catapult on to a Mr Rob Llewellyn, a consultant obstetrician. And we heard of how Down’s screening has shifted from opt-in to opt-out; of how the time midwives have to counsel women about the test is limited; and how so few women feel they can opt out of the test, because they feel that everyone has this test, and that it is being offered to them for their own good; and so they too should have it.

This is coercive medicine. And that is always bad medicine.