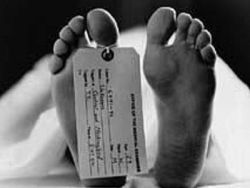 In the Good Old Days, NFN (Normal For Norfolk) was medical shorthand used to describe a patient who appeared peculiar, or odd. It now appears that NFN may apply not only to patients, but to other goings on in the good county of Norfolk.

Some seven weeks ago, Norfolk Coroner William Armstrong raised more than a few eyebrows with his narrative verdict in the inquest into the death in hospital of Kerrie Wooltorton, the 26 year old woman who killed herself by ingesting anti-freeze.

Wooltorton’s death was controversial because, although on a simple reading of the law, she appeared to have the capacity to refuse life-saving treatment, there were many other factors about her case that suggested considerable uncertainty over whether it was right for her doctors to allow her to die.

The effect of a narrative verdict is of course to preclude one of suicide – which does seem a little odd given the facts of the case. But there is more to it than that. By avoiding a suicide verdict, Coroner Armstrong neatly removed any risk that the doctors involved in Wooltorton’s care might find themselves in legal hot water over allegations of complicity with suicide – and so vulnerable to charges under the Suicide Act 1961.

Indeed, so keen was Coroner Armstrong to ensure that no one was in any doubt that the doctors had done the right thing in allowing Wooltorton to die, that on more than one occasion he declared that doctors had at all times acted within the law, and that any treatment to save Wooltorton’s life would have been unlawful.

To many observers, the effect of Coroner Armstrong’s findings was to give a legal green light for doctors to be what, for want of a better phrase, we might call passively complicit in a suicide – with, of course, active assistance but one short step away.

As it happens, Wooltorton’s verdict is not the first time Coroner Armstrong has, by way of a lenient – lenient, that is, towards the doctors involved – verdict, caused eyebrows to rise. In 2007, he recorded a verdict of death by natural causes following the death of an elderly woman – despite the fact that some, but not all, of the family alleged that doctors had deliberately starved the patient to death.

The patient, Olive Nockels, was admitted to hospital with a stroke, and according to members of her family, the doctors not only decided she was going to die, but that food and fluids should be withheld. Various court injunctions followed, and as a result tubes went in and out of Nockels faster than darts on a board. Nockels died some four days after the tubes were finally removed, and all food and drink withheld.

At the inquest, the doctors caring for Nockels said that she had been comatose, but a number of family members denied this, saying that she had been able to communicate, even to the extent of asking for food. Another doctor, called as a witness by the relatives, told Coroner Armstrong that Nockels had not died of a stroke, but with a stroke; and that the primary cause of death was lack of food and fluid.

No doubt Nockels was going to die sooner or later. But if, and it is an important if, there is any substance to the claims of the distressed relatives, then there are many who would see the death, hastened as it was by deliberate starvation, as one of euthanasia. And yet Coroner Armstrong returned a verdict of death by natural causes.

Interestingly, in both cases Coroner Armstrong was at pains to point out that his judgements were based on the law, and the law alone. Could it be that, in applying the strict letter of the law, and only the law, to what are undoubtedly complex cases, Coroner Armstrong has managed to sweep some awkward questions under the carpet? And that, in so doing, he has inadvertently managed to send out a signal that, at least in Norfolk, doctors who stand by and allow patients to die, and who hasten death, need not fear an awkward time at the hands of the Coroner?

As Dr No’s former colleague Auric Goldfinger used to say, the first time is happenstance, the second coincidence – and the third, enemy action. It would be a great wrong if what appears to be becoming Normal For Norfolk were to spread throughout the UK. Were it to do so, it would represent nothing less than the arrival of physician assisted suicide and euthanasia by way of an East Coast back door – and that, Dear Reader, cannot be allowed to happen.