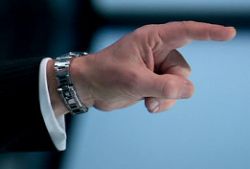 Once upon a time, there were no GPs, only apothecaries. These corner-shop chemists evolved over time into today’s GPs, but their shop-keeping origins are still present even in today’s super-surgeries, and all the more so in the small lock-up single handed surgery. The short appointment times (it’s usually only a shopping trip, for Heaven’s sake), and expectation that the shopper-patient will not walk away empty-handed (what shop-keeper would so disappoint his or her customer?) are two leading characteristics of today’s general practice that stem directly from its apothecarial trade roots.

Today’s GPs tend to be shy of their trade roots, not to mention more than a little miffed at the general presumption that they are country cousins to the hospital’s specialists. And so, over recent decades, they have followed the classical route to professionalisation, or, as our friends in the sociology line call it, ‘occupational closure’: defining a unique core body of knowledge gained by training (the vocational training scheme for general practice), the establishment of entry qualifications and lists of accredited registered practitioners (the MRCGP, and the GMC’s GP Register and locally held ‘Performers Lists’) – prior to these developments, any doctor could work as a GP – and the setting up of a professional association – the Royal College of GPs. By these steps, a line in the medical sand has been drawn, demarcating general practitioners from other medical practitioners.

Despite these achievements, GPs are still seen – and many still feel themselves to be seen – as country cousins to hospital doctors. And so, unsurprisingly, the RCGP wants to raise the bar, and so enhance demarcation, by extending mandatory GP training by a fourth, and possibly even a fifth, year. It has made its case in a series of windy documents that are long on waffle, short on substance and bereft of evidence. The GP, so the plan goes, will move closer to being a specialist in general practice, a notion of distinctly oxymoronic potential, with his or, increasingly her, training and status on a par with that of the hospital specialist.

Dr No is not persuaded that an extra year (or two) of training will produce better GPs. Despite assertions to the contrary, general practice is not some form of medical rocket science; it is instead the agreeably specialised but none the less generic practice of medicine which simply does not need extended years of training. Bolting on more years of training will simply increase the divide between those who are fully qualified, and those as yet excluded. There will, if training is extended, be more GPs in training grades, and less in career grades. More seriously, the real learning – which starts with unsupervised practice – will be delayed.

There are of course those who see the extension of training as a cynical ploy by the general practice establishment to extend the pool of sub-GPs (and so cheap GPs) available for exploitation by the establishment. While this may indeed happen as an unwelcome side-effect, Dr No suspects the primary motive of those who wish to extend GP training is to enhance professional standing and status, and so distance the profession from its trade roots; and in this objective, Dr No believes the College proposals will fail.

If GPs want to become more professional, they need not more training, but to change their behaviour, away from that of their trade roots, and put it on a more professional footing. They could start by declining trivial consultations, and give the time gained to extended consultations for patients who do need them; and by shunning pointless prescribing, the pill for every ill, doled out because that is what the shopper expects from the shop-keeper. They could, in short, fire the apothecary standing in the surgery shadows – and that would do far more to enhance their professional standing than any number of added years of training.

37 thoughts on “The Apothecary: You’re Fired”