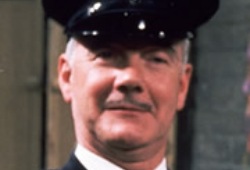 The school most at large in government today of the science that makes numerology appear rigorous is that known as Etonomics. As much a sect as a school, Etonomics holds that austerity is the one true path. Governments, according to its theories, must grip the economy as a giant python might a fat pig, and squeeze it back into shape. Those parts of the economy that fail to get back in shape face cuts, savage cuts. Not just an ear here, or a trotter there: whole limbs have to come off. These are the teachings of Etonomics, and, strangely enough, they don’t work. The python may enjoy a snack, but the economy dies.

These musings arose as Dr No read a seriously erudite assessment of the failing of Etonomics here. The assessment is long, but a one line summary might be ‘you ain’t seen nothing yet’, perhaps suffixed with ‘and you may never, because Tory austerity is unachievable’. To reach this conclusion, Lanchester, the author, makes a distinction between ‘cuts’ and ‘austerity’. Cuts, says Lanchester, are real, and do the damage, while austerity is an orchestration, and a con.

Lanchester’s distinction has cuts as specific: £X from Y budget resulting in the loss of Z jobs. Austerity, on the other hand, is mood music, the background noise we hear as we switch on the news: IDS, an Anglican clone of HMP Slade’s Mr Mackay, putting the screws on scroungers everywhere; David ‘I think I’m going to be sick again’ Cameron fretting ‘it can’t be right’ that we load up the loafers while Britain’s hard-working families foot the bill; and Osborne Minor muttering ‘we’re all in this together’ before adding, sotto voce, through his best Mr Brown is at the window grin, ‘but some are more in it than others’. Central to Etonomics is the notion of a parasitic underclass of ne’er-do-wells, sucking blood from the squeezed middle, like a lazy flotilla of leeches attached to Mr Attenborough’s midriff. The Sound of Austerity is the music to placate the squeezed middle. ‘Dee-Elle-Ay, Dee-Elle-Ay, The first three cuts just happen to be…’ sings Theresa May. ‘Sea-Tea-Bee, Sea-Tea-Bee, The next three cuts just happen to be…’ coos back David Cameron. Across the land, Middle England sleeps better, knowing that we are all in this together, but happily some are more in it than others. ‘Dee-Elle-Ay, Dee-Elle-Ay…’

Only two trifling difficulties strike a discordant note. First, as Lanchester points out, the austerity sound-track is indeed a sham: far from overseeing a period of austerity, the coalition expects to spend more, not less, year on year over the next five years. Total government spending is forecast by the OBR to rise from £674.3 billion in 2012-13 to £765.5 billion in 2017-18 (Total Managed Expenditure, bottom of page 5 here). The mood music may be of The Sound of Austerity, but behind the scenes, the government’s own tune is all about up-beat spending. It is not so much spending that is in short supply, as austerity itself.

The second difficulty does however cut the other way. Etonomics requires that someone, somewhere, gets it in the neck. These are the real cuts, the sector specific X from Y resulting in Z cuts, and the difficulty is that the targets are necessarily limited to non-ring-fenced budgets. Even worse, these non-ring-fenced budgets are relatively small: three of the four big spenders – pensions, health and education, accounting between them for almost 60% of all spending – are ring-fenced, leaving just over 40% of the budget left with its scrawny neck exposed. The cuts are going to hit smaller unprotected sectors disproportionately hard – and them some.

This is where Etonomics starts to fall apart like a wet paper bag. Not only is the austerity party hosing money out of the window in increasing amounts of total expenditure, it has restricted where it can make real cuts to less than half of the public sector. The consequences will be carnage on an unprecedented scale: carnage sufficient to tank the Army, or blow Bobby clean off the beat. To get a measure of the scale of the carnage, we need look no further than the OBR’s latest (December 2012, page 85) predictions for falls in public sector employment: ‘just under 30,000 per quarter over the reminder of the period’. As Lanchester cheerily points out, ‘that’s 10,000 public sector jobs going every month: more than 330 people being sacked every day, or (given an eight-hour workday) one public sector worker being sacked every ninety seconds for the next half-decade.’

This leaves those in the thrall of Etonomics with only two equally toxic options. Either they stick with brutal, unprecedented cuts to smaller non-ring-fenced budgets, and wipe out the Army/Police/Whatever – or they unlock the ring-fence. Pensioners may remain protected by the invincible halo of votability, but health and education? Dr No fears that some sacred cows are soon to be let out of the paddock, and they too will get it in the neck.