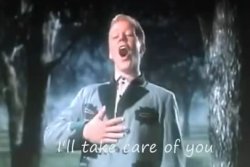 Yesterday’s news was bob-a-job docs, £55 for each and every dementia diagnosis, with old hands who should know better – they have been handbagging item of service fees in various shapes and forms since the beginning of time – decrying the idea as bribery, likely to cloud professional judgement, possibly even unethical. Dr No will believe their wails when they start handing back the contents of their handbags. For his part, Dr No thinks the idea, though crude, is not without merit, even if the sum is paltry for what is rather more long-term work than a snap diagnosis, because it sends a signal in terms the ex-apothecaries have always understood – payment for an item of service. Dementia is under-diagnosed, and patients and carers who want to know and plan miss out on help that is or at least should be available. Indeed, upping the recorded prevalence might even push up dementia funding. So all in all, though a bit grubby, the idea gets Dr No’s approval.

Today’s news is Shakin’ Stevens, with his radical shake-up plans for the NHS. In fact, he had a part in yesterday’s news, but today he is centre stage, booming out his new vision for the NHS. If the recent NHS changes were so big they could be seen from space, then Shakin’ Stevens’ NHS shake-up plans are so big they can be seen from another galaxy. Given the top ten past eight slot on the Today programme, Stevens was interviewed – mercifully, as Jimbo was co-presenter, and we all know what happens when Jimbo starts asking a question to which he does not know the end – by Monty, sounding the way anti-bacterial knickers would sound if they could talk, albeit with worrying signs of early Jimbosis, complicated by acute twitteritis. Stevens, on the other hand, exuded smooth presence, sounding the way silk boxers would sound if they could talk. Prepared and abreast of his material, he climbed ev’ry mountain Monty threw at him as if they were foothills, von Trapp style.

How do you solve a problem like the NHS? Stevens was ready with his own list of my favourite things. He started at the very beginning, a very good place to start: more government money, less government tinkering; less inefficiency, more localism, and a bigger focus on prevention. He even had a sort of Do-Re-Mi for the En-Aitch-Ess, where the very first note just happened to be Neighbour as much as National. Although he didn’t use the words, a picture emerged of many GP practices becoming poly-clinics, even mini day hospitals, as the line between primary and secondary care becomes deliberately blurred. Hospitals might even travel the other way – hopefully not on the other bus – to provide GP services.

Is this the sound of music for the NHS? Steven’s plans for the NHS are a big shake up for the NHS, but this time executed at a micro rather than macro level. His clear call for real extra public funding for a national health service – efficiency savings alone will not fill the black hole – will rattle politicians’ cages, but at the same he has a history of travelling on the other bus, including time at the giant American private health firm UnitedHealth, not to mention bowling from the pavilion end when advising the then Labour government about health in the early noughties. His answers this morning on the Today programme on the question of greater private sector involvement in health service delivery made up in broadness what they lacked in depth.

Stevens did cite his long history of working for the NHS, and on more than one occasion repeated on air the mantra of a comprehensive service provided on the basis of need not ability to pay. This is a mantra up with which we have not heard from government for some time. The tones were of great affection for a national institution.

Like the young postman Rolf in The Sound of Music who woos Liesl, the eldest von Trapp child, in another pavilion from a different time, Stevens is young in his new post as NHS England’s Chief Pongo. Maybe not seventeen going on eighteen, but still young in post – and ardent. Later in the movie, we learn that the singing postman is now batting for the other side, though at the end he redeems himself by allowing the von Trapps to escape the Nazis. We can expect some dalliance by Stevens with the other side, and some fear much worse, given Stevens’ past form and connections. We all must hope that, as for Rolf, when the time comes and mountains have to be climbed, Stevens knows where his true heart lies.